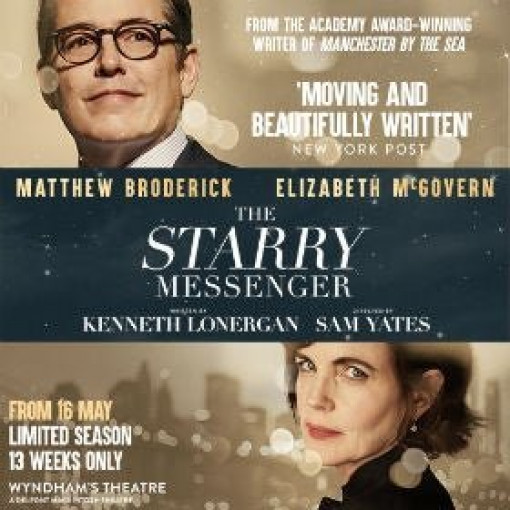 In the vastness of the universe are we all just lonely souls under the same night sky?

Mark Williams is lost. An astronomer at New York City’s Planetarium, he feels a closer connection to the infinite, starry sky than to his job or even to his wife, Anne.  Mark doesn’t believe in fate or divine intervention, but the universe has other ideas.

After a chance meeting with Angela, a young single mother, Mark feels starry-eyed. But when a catastrophic event rips through their lives, Mark is forced to re-evaluate his life, his faith and his place in the universe itself.

Starring Matthew Broderick (Ferris Bueller’s Day Off, Mel Brooks’ The Producers), and Elizabeth McGovern (Downton Abbey, The Handmaid’s Tale), this bittersweet, comic drama is an unblinking exploration of love, hope and understanding our place in the universe, by one of the most celebrated writers working today.

“An intimacy that reverberates across the night sky” Variety

“The Starry Messenger establishes Mr. Lonergan as a possessor of all the crucial parts of a good dramatist’s anatomy: a critical mind, an empathetic heart and a musical ear that hears whole lives in sentences.” New York Times 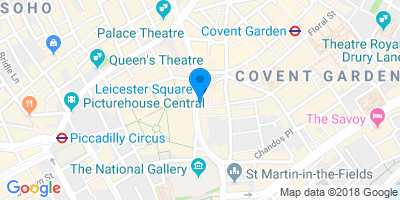 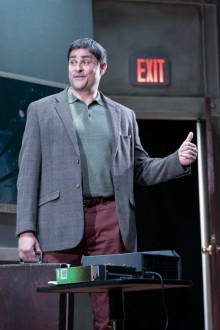 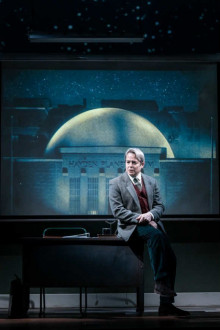